Ryan Saga: The Rise and Fall of Water Heaters

Ryan reappearing on the Bachelorette was comical and frightening. I loved the shot of him walking, as if it was going to be an incredible surprise. When Ashley saw it was Ryan, her face expressed, please do not talk about water heaters. The suspenseful music was a great addition, to the moment.
The sound bites made it seem as if, Ashley was going to keep Ryan around, because Constantine exited. I knew that was not going to happen, Ryan still had tedious conversations during their date. Unfortunately, for Ryan, if Ashley had regrets about sending him home, she would have picked up the phone.
My favorite part of the Ryan Saga, was him spying on the dates. Was this a serious moment? I was not sure. I hope the producers spliced those scenes together. What would have happened if Constantine looked down, and yelled “Hey is that Ryan?” That would have been excellent television.
I felt bad for Ryan the first time he was sent home, but that was not in his control. The second time, shame on you Ryan. He brought that upon himself. I have a few final thoughts on the Ryan Saga. How do you just call up Chris Harrison? If Ryan becomes the next Bachelor, I will have a heart attack. I cannot deal with him, every Monday night. ABC is shining an unflattering light on Ryan, if they are wanting to make him the next Bachelor. 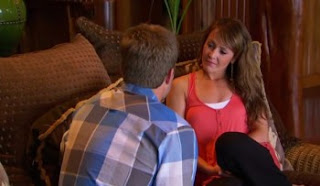