Bachelor 16 The Finale: "It's Not Your First Rodeo Is It?"

Oh the dramatic season has concluded. The episode starts out with Ben saying, “I’m ready for my backup.” I thought he was talking about Lindzi, but it was his family. Ironically, Lindzi did get the date that day. 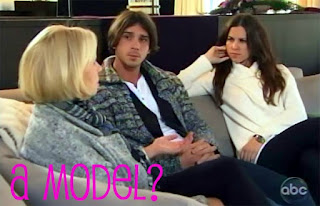 First Date: Lindzi
Ben shows up in a horse and carriage. She had the chance to meet Ben’s family first. The order didn’t really matter for Lindzi, because she didn’t have anything to prove. Overall, Lindzi was nervous but who wouldn’t be?
Lindzi said, “Your on is amazing.” My boyfriend said, “So is your moon.” I was dying laughing. Fan favorite, Emily O’Brien said it was the best tweet of the season.
Lindzi gets to talk to Julia (cue the dramatic music). Lindzi is a class act, she is able to express Courtney’s actions without putting herself in hot water. I’m personally glad Julia did not tell Lindzi “to tread lightly.” 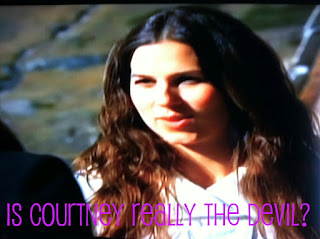 Of course Ben’s family was going to like Lindzi. Everyone likes Lindzi, Ben, America and the ladies. The pure disappointment on Ben’s face was obvious when his sister said, “I approve of Lindzi.”
Second Date: Courtney
Courtney is very nervous to meet Ben’s family. I wonder why? Do you think it was the skinny dipping, fake wedding or being a holy tyrant that concerned her?


Unfortunately, all viewers knew she would get it together, and the nice Courtney would show up. At the beginning, Courtney was able to dodge the model and not getting along with the other women questions with ease. She didn’t get to defensive mode, where she will huff and puff until she blows your house down. 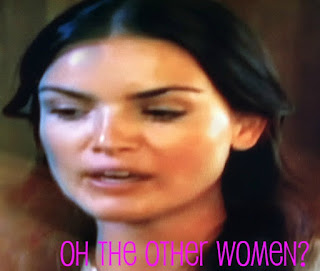 Ben’s mother thinks it is understandably a tough situation, because there are 24 other women.  A lot of them go home on the first night and they are traveling around the world. The situation wasn’t difficult but Courtney made it that way. 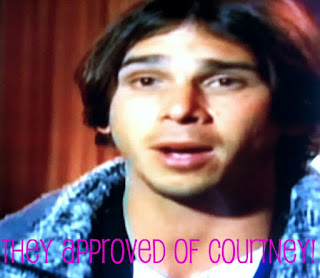 Lindzi’s Final Date:
Lindzi told Ben she loved him, he replied “That’s good.” I would have walked out of the room immediately. He was the least excited person ever. I love Lindzi and she had to know she was on a one way ticket to dumpsville. 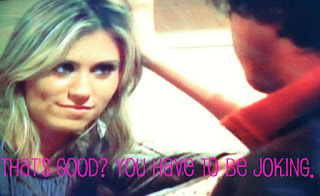 This date was not looking good for her. Lindzi being the trooper she is, didn’t seem to mind.


Courtney’s Final Date:
In the interview, Courtney said “whats her name?” Her short term memory might be the worst on earth. At least, she did not say “whats her butt?”
“The thing I love about Ben is he has a lot of depth,” Courtney said.
They go in a helicopter and Ben considers it “Top ten moments.” I’m sure the other nine probably include helicopters too. There was not a helicopter shortage this season and last, by any means. 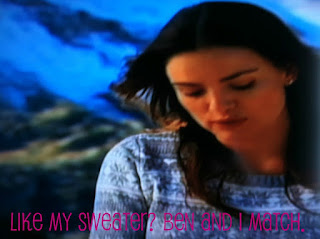 As much as I really like making jokes about them, they really do seem to have the strongest connection. Ben tells her, “You received the stamp of approval.” I bet it took every bone in her body not to yell “winning.” This episode shows why Ben thought Courtney was best for him. The rest of the episodes shows why she wasn’t. 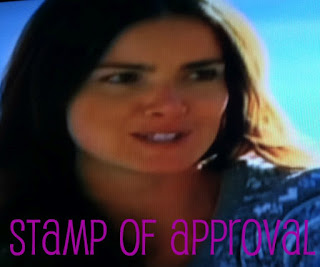 Courtney talks about how men always take and take from her. Maybe she should stop giving and giving.
Gift time, she gave him a photo album/scrapbook. Way to take Blakeley’s idea and steal her thunder. 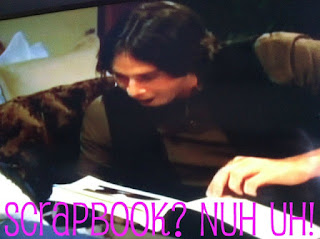 The note was cute though. 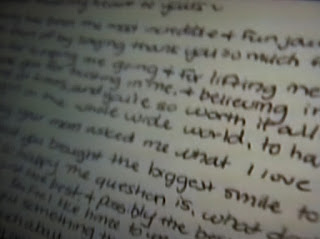 Courtney questions things towards the end, Ben said, “I have came too far to stop thinking now.” Stop it! He was thinking this entire season, we sure know what with. 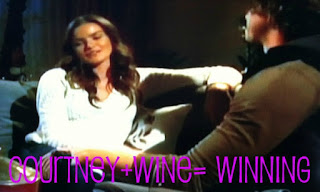 
This part of the episode isn’t really necessary. We all know who he is going to choose.
Neil Lane Arrives:
This is one of the funniest moments in this episode. Neil Lane introduces himself to Ben again. I honestly think he forgot he met Ben last lesson. Someone must have had a cue card, because Neil said, “This isn’t your first rodeo.” How ironic, considering Lindzi loves horses. 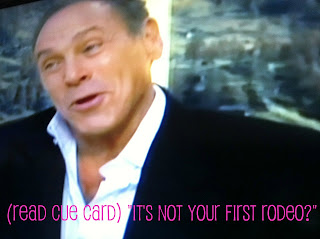 Getting Ready:
We see the women getting ready for the proposal. This is the point where we hear their hopes and concerns. Courtney is afraid Ben can’t get over how she treated the women. If he wasn’t able to get over it, he would have already sent her packing.

Welcome to Dumpsville:
Lindzi gets out of the helicopter. If you thought he was going to choose her, all chances went out the window at this point. The first person always get sent home, except for once. In Jesse Palmer’s season, the winner Jessica arrived first. She was able to watch him dump the runner-up, Tara through the mansion window. 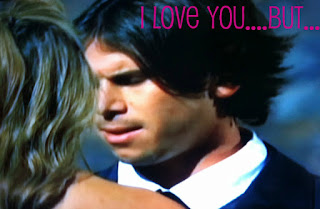 Lindzi asked Ben, “How are you feeling?” He replies, “Your all about first impressions.” He goes on to tell her, you are what I have been looking for all of my life, I have fallen in love with you, blah blah blah, and then the long awaited but. Ben tells her he is in love with “someone else.” Since when does Lindzi not know Courtney? 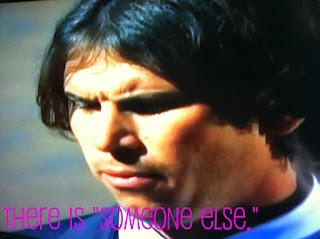 After dumping Lindzi, Ben looks like he kicked a kitten. He apologizes and Lindzi takes it better. Lindzi is sad she couldn’t give him what he needed. I told my boyfriend, “maybe she didn’t sleep with him.” He said, “That is what he needs?” I asked him, “Have you been watching this season?” 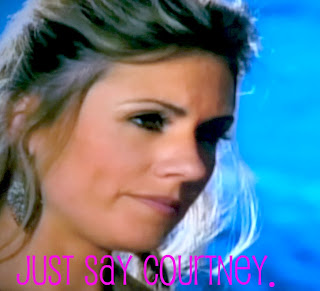 “If things don’t work out, call me?” Lindzi, no you were doing so well. I hope she meant call me so I can tell you how you made the wrong choice, not because I want to get back with you. I don’t think I have ever saw a runner-up take it so well. That shows Lindzi’s composed personality. 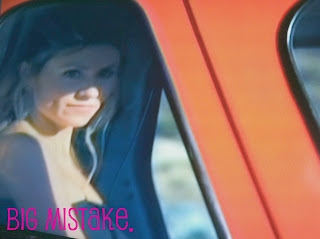 The Most Shocking Proposal Ever:
They started wrapping up the show in the last 10 minutes, like in any good Lifetime movie.
I am really not shocked at all. Courtney shows up and looks pretty! “I know I didn’t behave my best with the women.” Now that is the understatement, at least she didn’t lie about her feelings towards Ben. 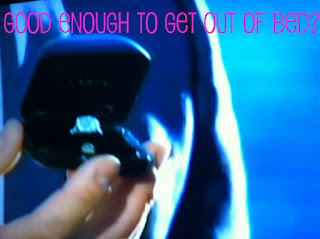 Ben talks about his love for Courtney and their moment “on the top of the ruin.” I think he was predicting their After The Rose Ceremony appearance. That could be called “on the top of the ruin.”
He goes on and then says “but,” we never hear this word about the person the lead chooses. This was very interesting. For a split second Courtney thinks she is going home. Then he reaffirms she is his “forever.” I’m glad he gave her a huge ring, because remember she doesn’t get out of bed for anything less than 2 carats. 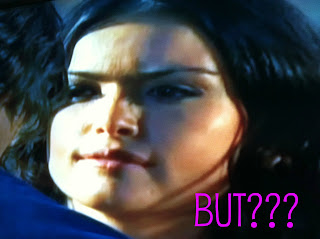 “Did you have any doubt?” Courtney said.
“Yes!!!” all of America yelled.
We had a few personal bumps. I think those bumps have names and are really pretty people.
Courtney says, “You are stuck with me.”
They are a "cute couple." Just when you thought they might for a little bit, the ATFR comes on. 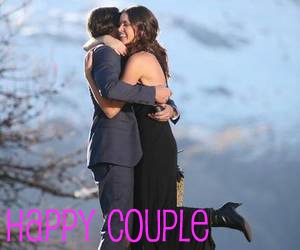 Until we meet again, which will be tomorrow when I post my ATFR story. I have to work on my Dracula paper, no it isn't Courtney's new spinoff. Then on Friday I will have a fabulous interview for all of you.


All of the photos rights go to ABC and their photographers.