The Bachelorette 9 Episode Three: Break a finger or be Brian

I apologize for the longest delay on a recap ever, it was so long Chris Harrison finally aged. My boyfriend even told me I was behind. 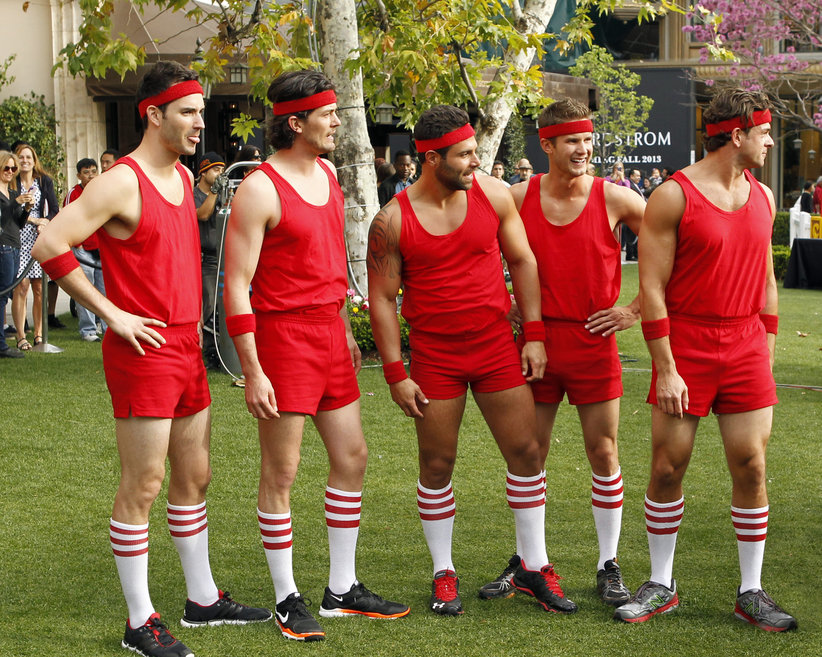 You know it is serious when Chris Harrison brings out the plaid. The guys have to suit up in red and blue uniforms. Sound familiar? Usually this is the date where we find out which team the lead likes better, but not this time.

Drew and Chris were super into the game which I found to be hilarious and amazing.  Then something occurs that has never EVER happened before, shockingly enough someone gets hurt. When someone gets hurt it always shows how much the person really likes him. Brooks breaks his finger and you would have thought it was a femur. She cares a lot which is a good sign for him.

The ambulance arrives, ABC hits their insurance premium and the game proceeds. The blue team won and the red team was ruined forever until Des, pulled a move that she herself despised, she invited everyone on the date. DES don’t you remember drinking the goat milk? Everyone does not get to go, how is it a competition?

Brad actually speaks and we learn that he did not pimp out his child, kudos to him. Brooks makes a return and he is totally drugged up from the hospital. We get to see Des with Chris and I am glad he was on my radar. He took her to the top of the building, got the rose then went and danced to some unknown artist.

Getting trumped: Brian gets fired

Des gets a call from Chris Harrison, she has a phone? Cut off from technology? I think not. She gets in her blue Bentley and goes to the Bachelor Pad. I was not a fan of him from the beginning and he proves he is not there for the right reasons with the hot pink v-neck. Then Stephanie shows up and it is confirmed Brian can actually get a girlfriend. You know this show gets good when the Bachelorette is consoling the girlfriend of one of her contestants. She tried to break up with him and he didn’t want to, what a tool.

Brian had to get in the van and he got trumped. Later, I wonder if Des offered one of her departing beaus as consolation prize.

P.S. this all seemed to upset Brandon and his mama drama. 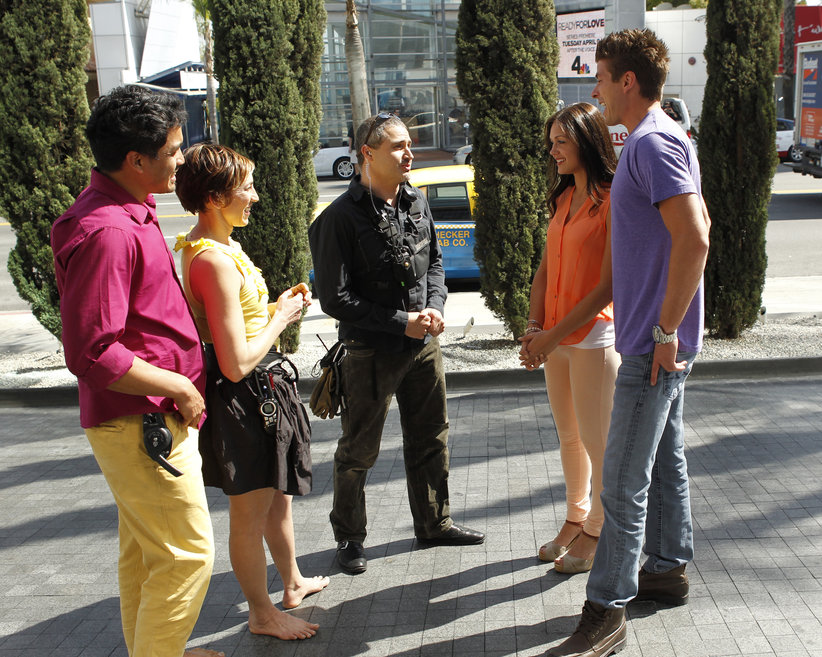 Kasey and Des dance on the side of a building then go up to the windiest rooftop ever. It is crazy windy and cold, what is a great idea? To jump in the pool of course. They kiss, get cold and it is just not a good deal. #KaseyGetsTheRose

Bryden is super pumped, because in Montana this is a typical Saturday, right? James says he is right at home with this cowboy boot camp. The last time I was in Chicago I saw nothing like that. Zak was hilarious and poor Dan’s pants ripped.

Juan Pablo went for the gold by speaking Spanish. “I had to prove my ole farm moves.” They eat popcorn, watch a movie in a barn and make out, totally normal right?

James has issues at home and Des gives him the rose to show she wants to get to know him further.

Ben meets Bentley, he steals her away and Des looks miserable.

I really appreciated that Chris had a rose and did not steal her from anyone, that is respectful and not annoying.

Brandon: I get it he has a really sad story, but somehow he made Brian having a girlfriend about him and he got emotional. Then he said, “I am falling in love with you.” Haven’t they been there a couple weeks at this point? Slow your roll there Brandon.

I must say Bryden’s hair to the side is much better. I love Brooks’ outfit. It comes down to Ben, Dan and Brandon. She chooses Ben, but boy did that bring him down a notch. Dan has an admirable exit and will be able to go back to normal life without any shame.

Brandon has a minor meltdown and Des has enough respect to go outside and chat with him. Bless his heart, but can you imagine if he would have made it farther. That departure was so dramatic.

I was unaware Brandon would have a freak out and go stage five clinger, so obviously he is no longer in it. I’m sticking firm with my other four though, Brooks, Drew, Chris and Michael. There are more people I need to see more of to make more decisions.

Who are your favorites? Follow me at BachelorExpert to live-tweet with me, if you aren’t already.

All photos rights belong to ABC.
Posted by Bachelor Expert Ash at 2:40 PM