The last time we saw Des she was on a dock in tears. It seemed like it was over for her. What could happen? Of course everyone needs a reflection with Chris Harrison, who brings up Brooks and causes a breakdown.

Then the two guys arrive and do not see Brooks anywhere. They both look absolutely terrified. She decides to give them both a rose which is shocking considering she was saying “she wanted to go home” and was “over it.”

Des showed up on a horse for her date with Drew. He had to saddle up in his pretty pastels. Their conversation was awkward and got even worse.  They sit down to a picnic and Drew makes a toast about love. Almost always when someone says “we need to talk,” you are in trouble, but if someone says “we need to talk, especially after that,” you are done. Drew left in a very classy way and was really sweet.

Chris and Des sail away on a boat and prove how good looking they both are. It would have been so awkward if they would have passed Brooks shooting a Ralph Lauren ad.

Des does seem like she is happy with Chris, but it is confusing because she was so for Brooks.  Then they have the rest of their date in the hotel room, kiss and drink. Chris gives her a sweet gift and seems like such a good guy.

Chris gets to meet Des’ family and is the only one. Her family asks why he should get chosen, but do not know he is the only one left. Shockingly Chris did get the Nate Hartsock seal of approval.

Back at the studio:

WE must talk to all of Des’ friends and Sean and Catherine, because there is nothing more awkward than an ex-boyfriend analyzing a break up on national television.

I was getting a little concerned with the lack of Neil Lane in this episode. If he does not show up, no one is getting engaged. At this point I still wonder if Brooks will show up.

Chris is confident and I am still thinking Brooks might show up or something will go wrong. Des is afraid that Chris will not like her after he finds out about Brooks, which is a valid concern considering the stuff she said. We did not have the opportunity to do the test of the person who gets out of the car first. 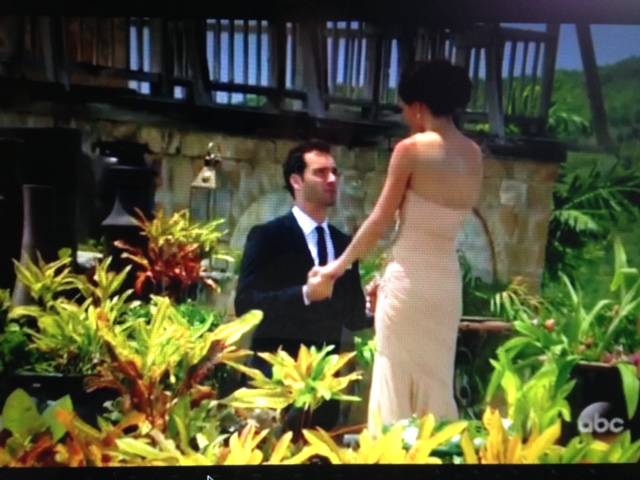 Des looks super happy as Chris walks up and he looks so nervous. Chris tells her a list of things and she stops him from proposing. At this point, I thought this boat was sailed. Chris and everyone else in America were waiting on the “but.” It never came though so Chris proposed and Des said yes.

All of this happened over two weeks (I think). Even though that is not a long time it is when there are around six weeks total. She spent the final 1/3 of the time with Chris. I am still in shock. I cannot believe she changed her mind, the fact they are engaged and that Brooks did not return. I have said Chris was someone to watch out for the beginning, but who knew they would end up together? Even if Chris and Des do not work at least it was a surprise and they gave it a shot. 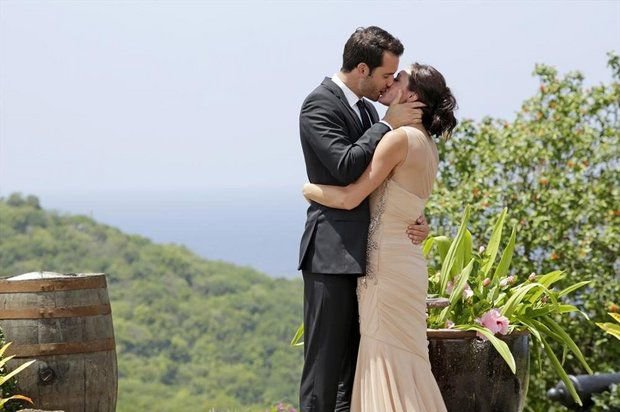 What did you all think of the finale? How dramatic was that?