It is the most dramatic time of the year. 'The Bachelorette' premiere is Monday, May 19 and it will be a night of who is here for the right reasons, antics and Andi of course. I am very excited because Andi was my favorite along with Kelly last season. I have included my preview of the Bachelors below which are only based on their bios. 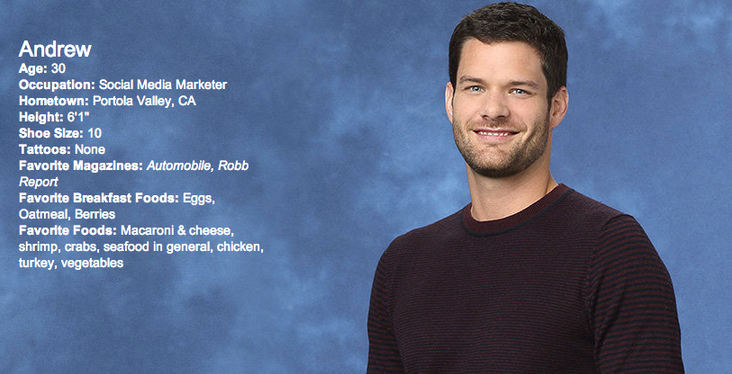 Is it safe to say he seems normal? He is a good age for Andi, has a job and has an excellent food choices for breakfast. 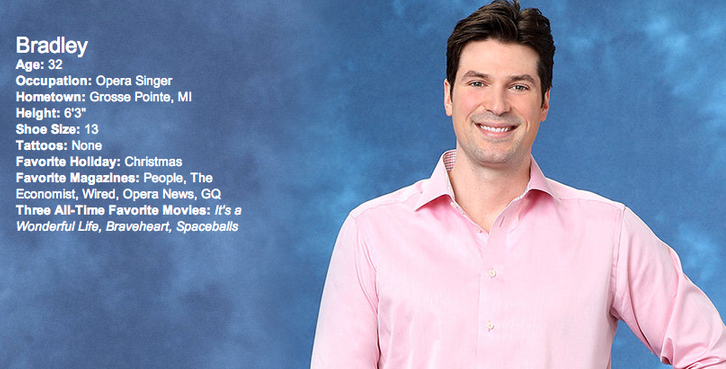 Why reinvent the wheel? Sharleen was an opera singer and that worked well so maybe Bradley will too. Or fingers crossed he goes home, gets casted on 'Bachelor in Paradise' and he and Sharleen fall in love. I am a little concerned People is one of his favorite magazines, does he like celebrities or wants to be on the front page? 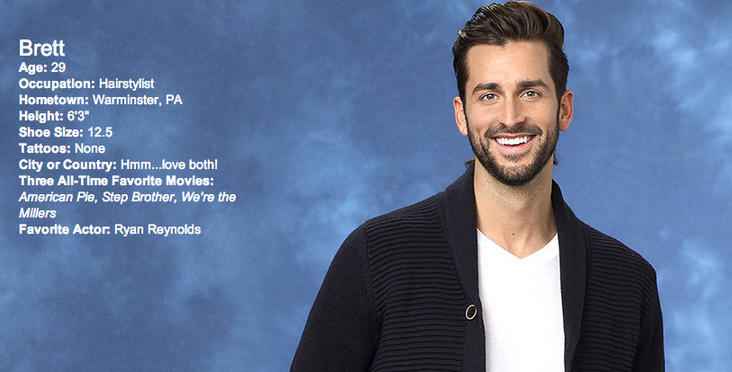 Brett is so pretty. Hopefully he is not too obsessed with looks to the point of it being annoying and him taking longer to get ready than Andi. I hope he is a chill laid back guy who happens to look like that and gives a few of the guys some hair cuts while he is at it. 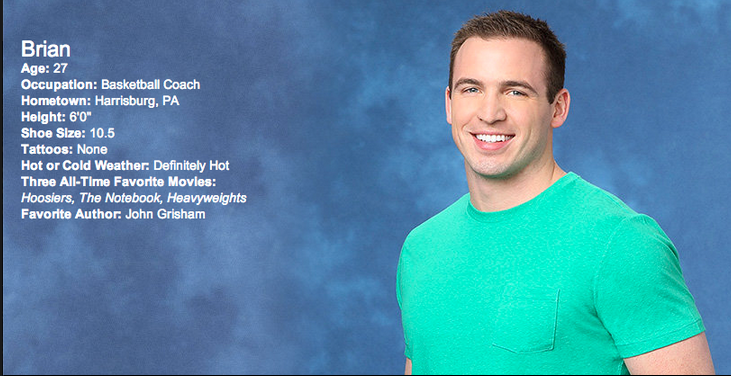 His seafoam green t-shirt and smile make him seem like a stand up guy. 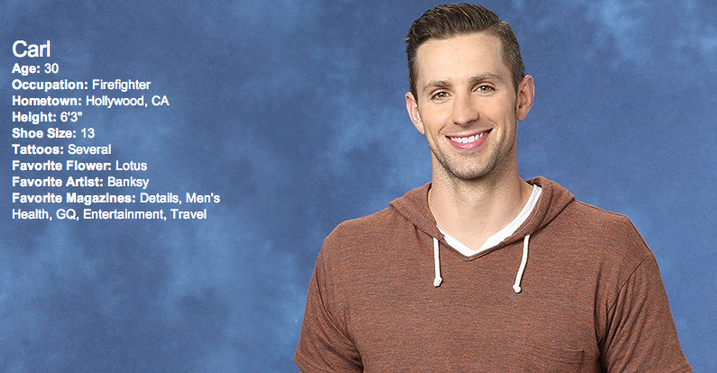 I feel like Carl's bio photo probably is not doing him justice. 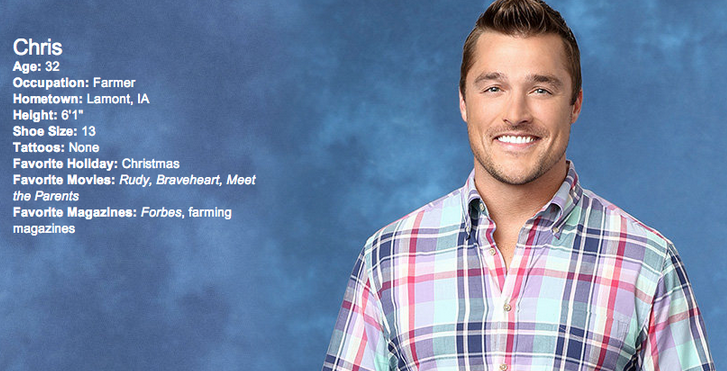 Farmer Chris who I have already messed up his name looks like the child of Josh Lucas and Ryan Gosling. I like his hair, smile and I think he will go far.

Realistically these photos were probably taken in March, maybe not but he obviously did not get this tan from Kansas. 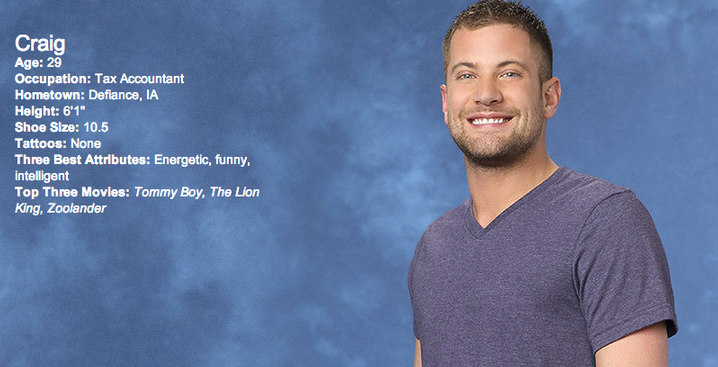 He is a tax accountant and likes "The Lion King." There is not a lot to judge here. 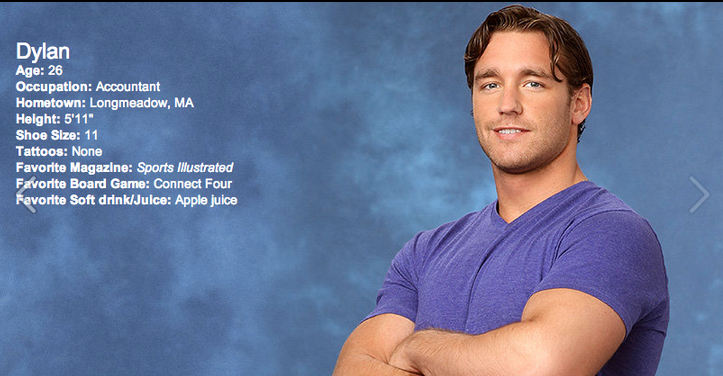 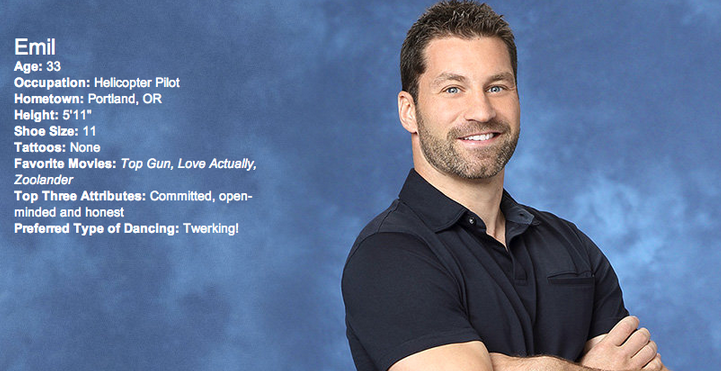 If all else fails the show can save some money by having him fly the dates. I cannot believe his favorite type of dancing is twerking. I hope he just has an excellent sense of humor. 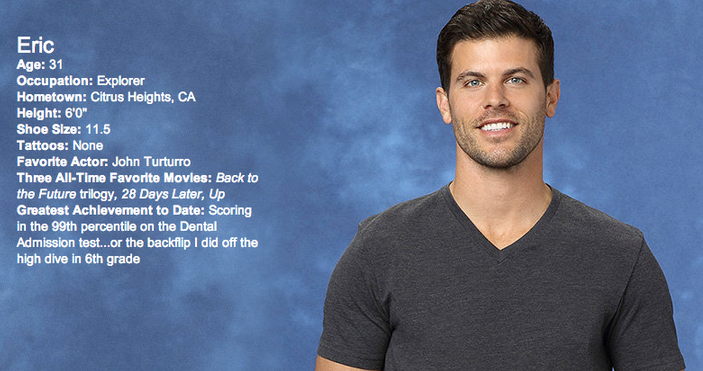 It is really sad that Eric recently died in a tragic paragliding accident. 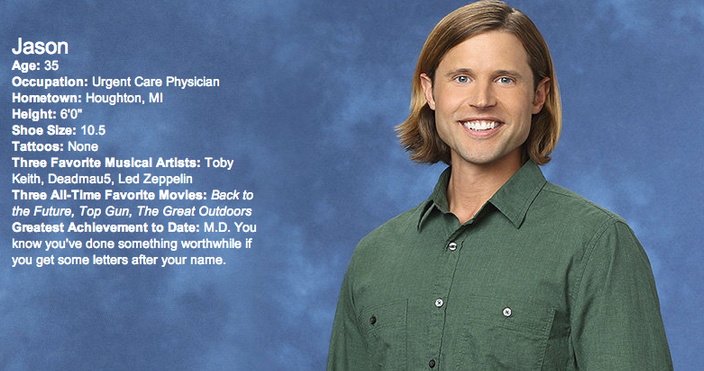 If Jason sticks around a long time he can prevent the once a season hospital accident. Hopefully he is down to earth and he and Andi can find something to talk about. He is one hair cut away from McDreamy. 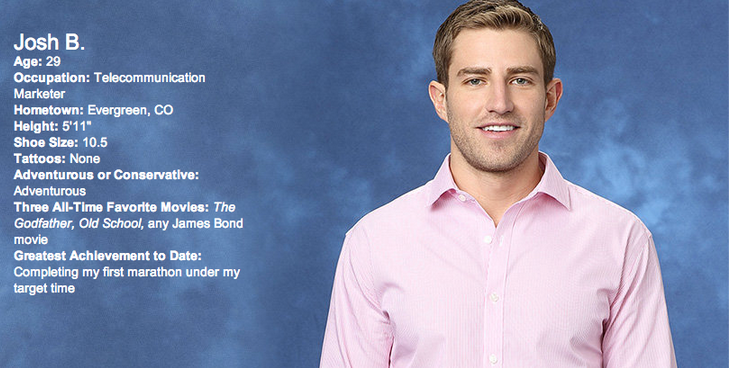 Oh no, Josh is the guy everyone hangs up on so I do not expect him to be crying on this show. 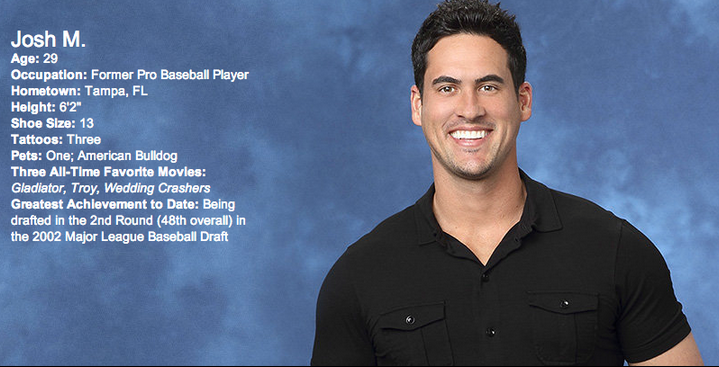 Josh is basically Roberto, which is great. He is a former baseball player, from a great city and likes dogs. I hope he is nice. 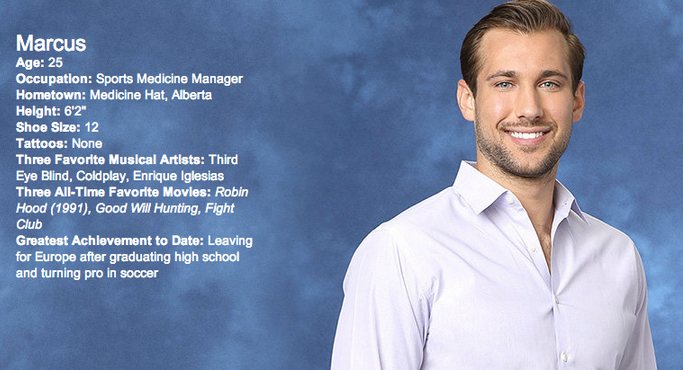 He is Canadian, likes a variety of music choices and is adventurous. Seems like he will be good for the show but who knows. 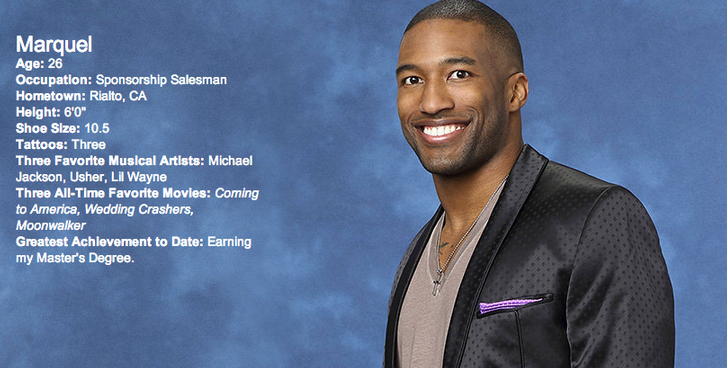 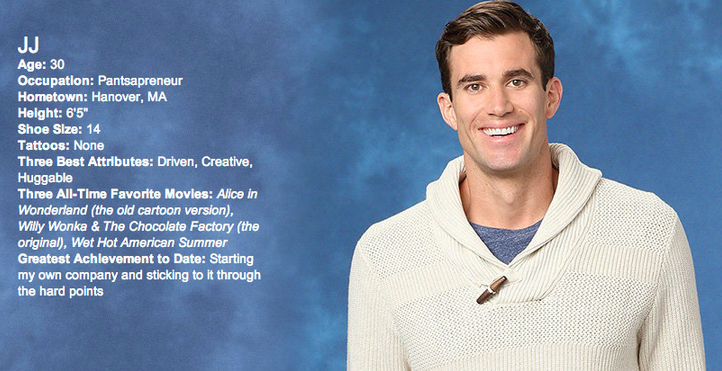 I am so intrigued by this pantaspreneur, I feel like this guy is going to fly by the seat of his pants.

He has an engineering degree but is a bartender. I am interested in this story. 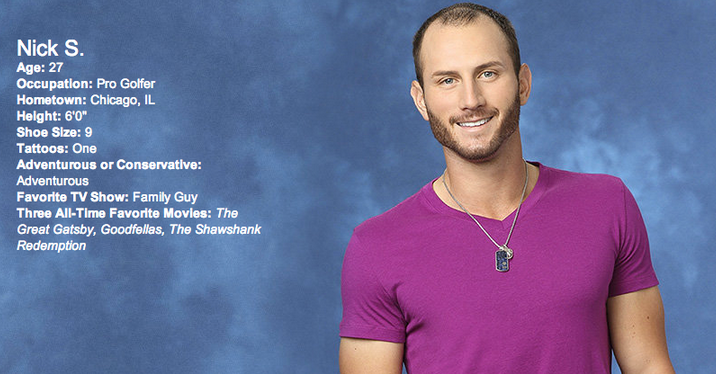 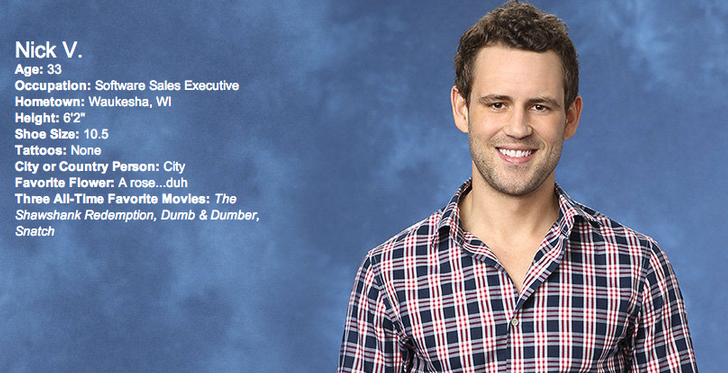 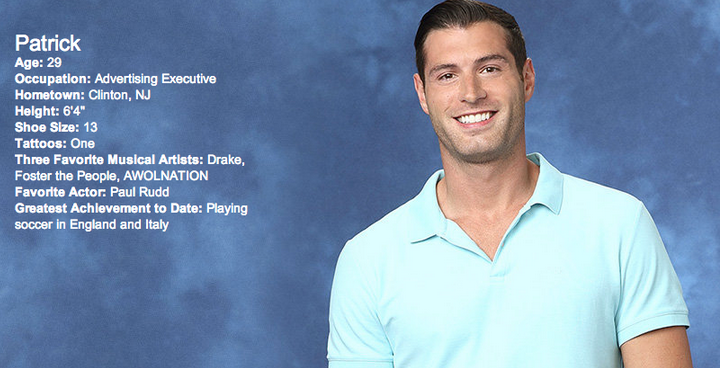 Everyone plays soccer or another sport. I bet he is charming or awful, it will be one or the other. 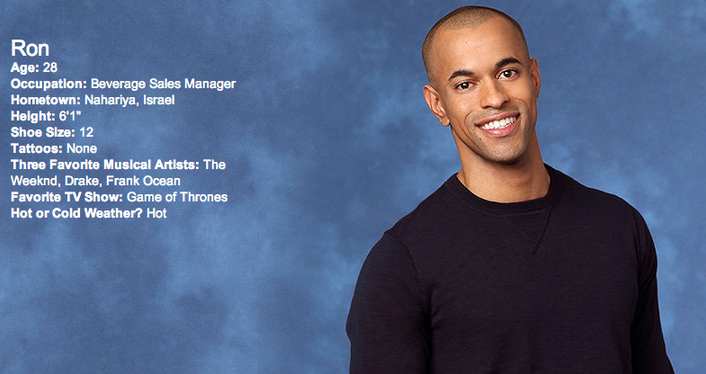 Nice eyes and smile. I hope he is a good one! 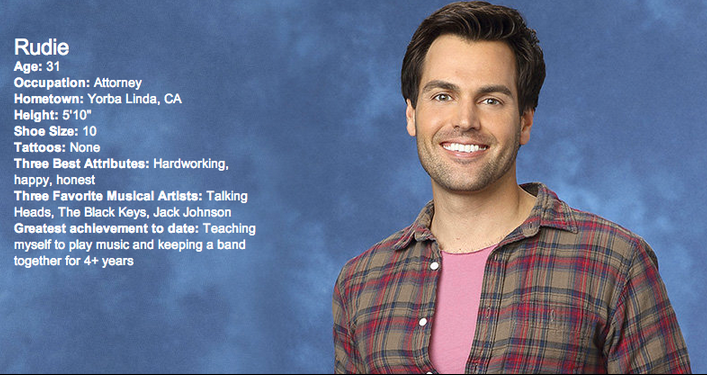 Both of them being an attorney might be interesting. 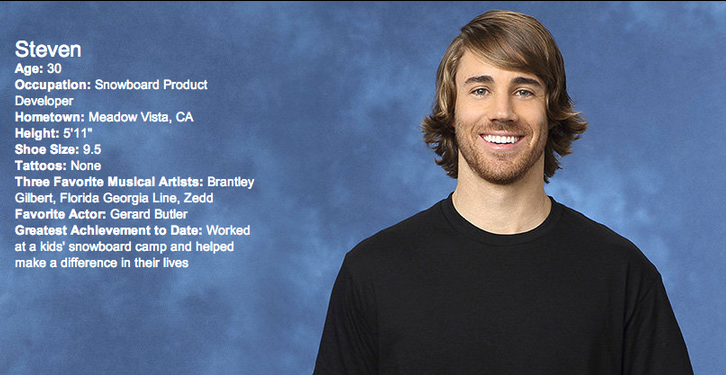 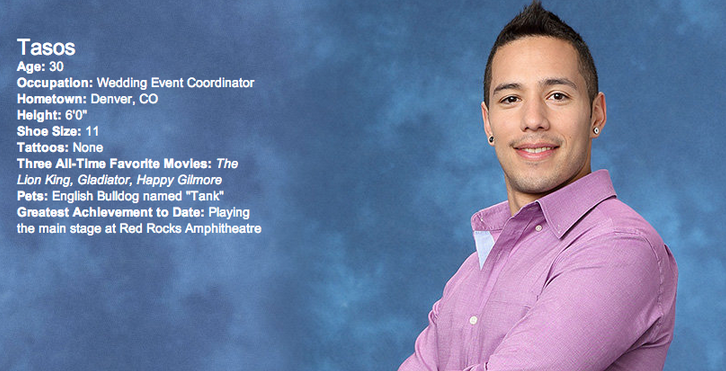 Is Tasos really an event coordinator?

Who are your favorites and what are your thoughts so far? Let the journey begin!