'The Bachelorette' episode two can help predict and dictate the rest of the season. This episode typically solidifies the frontrunners and the other stereotypes, the crazy one, villain, etc. 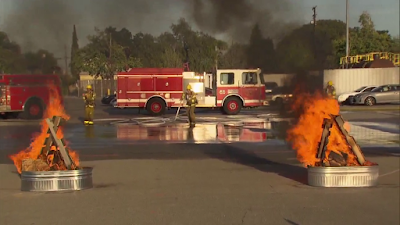 First, let's start with my top five list, Jordan, Luke, Wells, Robby and Chase. Let's see how these men scored in this episode.

Poor Wells got all hot and bothered on the firefighter group date and this was not in a good way. As a result, Wells received some extra attention from JoJo, which did not impress the guys. Even though Wells did not fair well in the first rounds of the firefighter date he was given another chance. However, he did not win the chance to get alone time with JoJo, but he was against Luke and Grant. Is that really fair any way? #TeamWells

Jordan is charming, funny and has the personality to go far. He and Jojo have a strong connection that is undeniable.

James Taylor has climbed to the top of my list from this episode. He was clever, funny and really brought it with the song. He is not the typical guy you see on the show and that is refreshing to watch.

4. Chase made the most of his alone time and brought fake snow. He and JoJo have good conversation and he seems like an overall good guy.

Luke was extremely competitive on the group date and fell short, since he was up against a firefighter. His reaction to losing was not flattering. This took him down much lower on my list than his first impression. I hope in future episodes he is not as whiny.

Robby did not make the top five this week, because he did stick out from the rest. Where was he and a bottle of wine?

Oh the infamous Chad, also know as "the villain." Chad very well may take the gold medal of villains, because he is equally brutal to the men and Jojo. When he called JoJo naggy I did not think he would score well on the group date, but I was wrong. Do not get me wrong though, Chad is so entertaining, honest and I hope he stays as long as possible for selfish reasons.

Daniel is fulfilling the Canadian quota in the weirdest way. He is strangely attached to Chad and it is a hilarious bromance to watch.

This was one of the most underwhelming first one-on-one's in the history of this show. Almost always, a frontrunner comes from this date, but I did not see that in this case. I was bored during this date and did not see a real connection; therefore, Derek made the non-honorable mention list.

Join me every Monday night to live-tweet ‘The Bachelorette’ on Twitter @BachelorExpert.